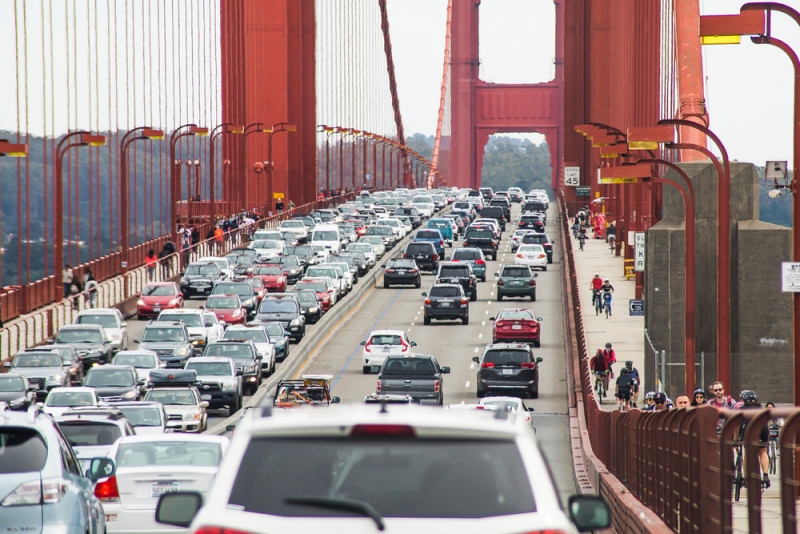 Congested traffic is a problem that many US citizens face on a  daily basis, but while in some states this issue is more manageable, it seems like in others a solution is far from being reachable in the near future. If you are wondering where the worst traffic is, here’s a top of 10 cities known for their heavy daily traffic:

As you have probably expected, Los Angles lies on top of the list, being a nightmare for drivers who need to commute daily to work. LA is not only the most congested city in America, but the city with the worst traffic in the world, the number of hours a regulars commuter spent stuck in traffic over the last year being 102.

Not that far from LA, New York has its streets almost as crowded with vehicles as LA, with a number of 91 hours being wasted in congested traffic by drivers. Because of this, numerous people working in NY secure exclusive parking spots online, in order to not waste more time with this issue. This is not surprising, because parking availability being almost as much of an inconvenience as traffic congestion

San Francisco citizens have it a bit better, but still deal with frequent traffic congestion cases, which have caused many people to ask the government for an improvement in the urban mobility department. 79 hours have been spent in traffic in this American city.

Another region where commute time is far longer than drivers would want it is Atlanta. Vehicles were found stuck in traffic on an average of more than 60 hours per year, which is certainly a lifestyle inconvenience for the majority.

The average time drivers spend in traffic in Miami is somewhere around 64 hours a year, so commuters don’t exactly have it easy in this US city as well. The costs that come with traffic jams are another issue Miami drivers are faced with.

Region wide commute times have been increased around the Washington, D.C. region, mainly due to the frequent Metro service interruptions occurring in the city. Roughly 63 hours are being wasted in traffic by drivers. To help with parking, many Washington residents are using apps like WhereiPark to reserve convenient monthly parking spots.

Although in comparison with LA, Boston drivers have it easy, this city still has a position in the US top of areas with heaviest traffic. With more than 70 percent of commuters who drive, during the regular rush hours, vehicles can spend more than 45 minutes on the road form a nearby suburb, such as Lowell, to Boston’s North Station, for example.

Because it has limited transit access, workers who live nearby are forced to use sterile superhighways on a daily basis, and with more than 79 percent of commuters using their vehicle for transportation, traffic jams are a frequently met problem in Chicago.

It seems that the average driver in Seattle has spent around 55 hours stuck in traffic last years, and considering that urban mobility remains a problem in this city, numbers aren’t going to drop anytime soon. Don’t forget to check out Seattle monthly parking spots at WhereiPark.

The last city in this top is Dallas, with highways and streets almost as crowded as Seattle, traffic issues are affecting the time people spend driving to and from work on a daily basis.