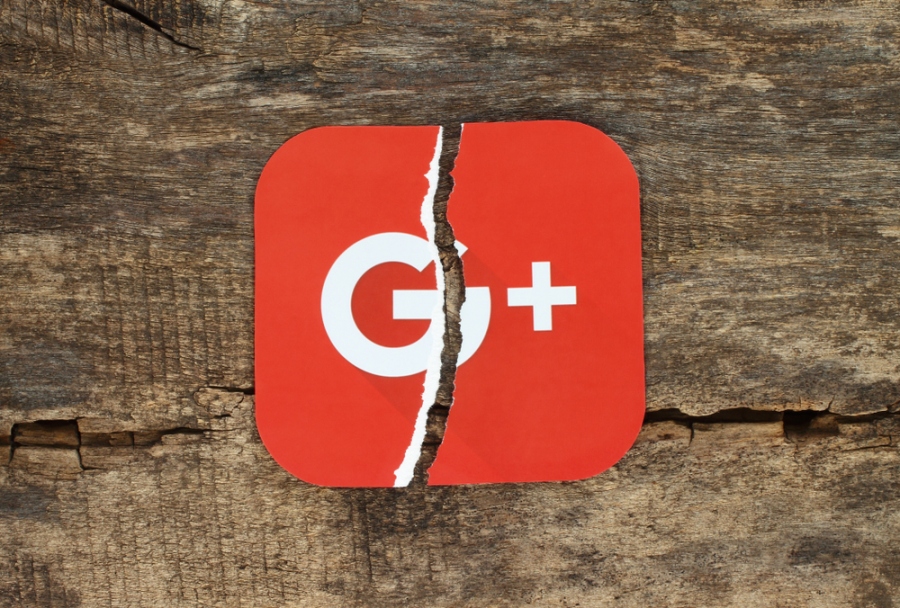 A lot of tech articles want to go beyond basic tech articles, and even though sometimes we are used with articles that bank on nostalgia or new pieces of the iPhone. We can also see articles that want to show to the people what to think about the world of tech. For example, technology benefits the environment, it can clean oceans, and track climate change. Technology has also brought to the medical industry years into the future with new inventions and discoveries that were once thought to be impossible. Technology has its place everywhere even in teaching the next generation of innovators to code and embraces science.

Technology evolves every day and in five years we have seen how much has evolved. Let’s take for example the Amazon Alexa, the first shipment began on June 23, 2015, and now, if you look around, voice technology is everywhere and today there is a new standard, the smart home. Today, you can talk to your phone, you can even voice command your TV and your car, which means that smart speakers are abundant and tactile buttons may soon be a thing of the past.

In order to understand how technology has evolved, it is important to look into the past. The year 2020 is a new decade in full swing and there are going to be more innovations and more stories on the way. In addition, we are trying to take a look back at some of the greatest moments from the last five years, from Michio Kaku’s prediction for future tech to Bill Nye’s celebration of STEM education and from Scarlett’s Johansson sci-fi breakdown of Ghost in the Shell to Gary Vaynerchuk’s art of entrepreneurship. Their stories are just important today as they were then.

For example, each year leaders from the industry are presenting their portfolio with their latest technology products. CES is considered the world’s largest gathering in all things technology and the event never failed to showcase eye-catching and ground-breaking products driven by technology. For example, in January the favourite product has VR technology, and it is called BadVR. However, the new product should be called the “BadAssVR” because it has so many applications.

BadVR is an answer for understanding the data collection. Because data collection is rampant many businesses are in need to understand it. For example, you live in a smart city with millions of sensors gathering information about traffic, parking availability etc. BadVR could allow you to look and interact with 3D images of all the parking spots in town. Currently, the tech relies on VR headset, however, it is not hard to imagine a future where projectors and a smart screen will be used as the preferred method of data research and collaborations. But this is just another newest technology news of the year, however, sometimes nostalgia hits us and we are thinking what was five or ten years ago. We have seen trends come and go and some innovations became world-changing at the beginning of the decade, and now, in 2020 they are just some relics of the past.

At the beginning of the decade, there were two technologies that would set the pace for the next 10 years, however, one of them has a bit more staying power than the other. In May 2010, Uber launched a beta version of its app and over the decade a ride-sharing revolution took place. In addition, just one month before Uber, the very first iPad was released which shifted the public’s attention away from the laptop.

In 2011 the world lost one of the greatest technologists of the century, however, before the sad news, people would spend most of the year with their eyes on Google. The year of 2011 the very first Chromebook started shipping on June 15, in addition, in order to rival Facebook, Google also launched Google+. Unfortunately, the company didn’t even think that Google+ would become one of its biggest failures.

The year 2012 was a year where it was supposed to “end”, however, the pace of technology started to pick up then. The Audi R18 E-Tron Quattro was the show of the year where the vehicle won Le Mans. In other words, Audi was the first company to win with a hybrid vehicle and it paved the way for hybrid and electric cars. In the same year, the Curiosity rover officially landed on Mars and later, Microsoft has released the Surface, the first tablet to successfully rival the iPad.

The year 2013 was the year where the console war reached a new level, where both Xbox One and PS 4 were released in November. Their release ushered a new era of gaming. Speaking of VR, in this very year Oculus Rift also came to the scene, and it was able to bring virtual reality into the mainstream. However, this wasn’t all, the very first smartwatch, Pebble started to ship worldwide. The smartwatch could be connected to Android and iOS devices. Pebble was the first snowflake of the rolling snowball of current smartwatches on the market.

However, the year 2014 was the year when things started to get a little bit weird. In 2014, the hoverboard came out and celebrities like Justin Bieber and Kendall Jenner popularised it. Even though the hoverboard didn’t hover, people would still roll around on them, that is until they got recalled in 2016 for catching fire. In addition, the Boston Dynamics was growing in fame, because they revealed the Cheetah robot that could jump over obstacles while running. Yes, we all had seen those videos of the creepy robot, however, it was a major feat in robotic movement.

In 2015 on June 23, the Amazon Echo started shipping and the first voice revolution began where it taught us that we can simply speak to our technology rather than control it with buttons and remotes. Remember the Pebble? Well, Apple Watch came out this year as well, and it completely outshined the first smartwatch.

2016 was that year where we saw people literally running in Central Park, New York to catch Pokemon. Pokemon Go occupied an entire summer with 45 million daily active users on July 19. Everyone had the game installed on their Android or iPhone and were literally going anywhere just to catch some Augmented Reality pets. The game proved to be a major milestone for mobile gaming in general.

Pokemon Go pushed the boundaries of smartphones, where the phone was more than just a phone with applications where you could quickly read the latest news, save documents and photos in the cloud, set your schedule through Calendar-like applications and even learn a foreign language. In addition, more and more developers started to be focused not on just simple apps, but games as well. So it was natural to see more and more games to come out, even those from the iGaming industry saw the growing trend. So they joined as well with the latest casino games like slots, roulette, blackjack and so on.

Let’s not forget that at the end of 2016 Nintendo has sold 1.5 millions of units of NES Classic, which proved how powerful nostalgia can be. In addition, Apple came out with iPhone 7 and Apple Airpods, which kinda dug the grave for headphone jacks everywhere. Coming back to robotics, 2016 was the year when Sophia the Robot first spoke to the public. She is the first humanoid android that has nearly full conversational abilities. And let’s not forget about Elon Musk, these days all we do is talk about his innovations. This year was the year that marked a major advancement for sustainable space travel, where Faldon X from SpaceX first landed on a drone ship at sea.

Elon Musk’s momentum continued in 2017 as well where Tesla has launched an Enhanced Autopilot HW 2.5. For the second half of the decade, Elon Musk was leading the way with autopilot and self-driving technology. For the gaming part, Nintendo came back once again, by separating itself from the gaming console pack with a very transportable Switch. In addition, the voice-activated speakers also got a much higher quality from The Sonos One. Besides, the LG Wallpaper TV came out, exactly as thin as it sounds which showed how far we came from the days of boxy TVs. Even this year Apple hasn’t stopped in coming with a new iPhone, the iPhone X which redesigned the iPhone brand completely.

In 2018, Elon Musk again doesn’t stop himself, because this was the year when he launched Tesla into space. Another successful launch, another improved way for space travel which showed that private corporations can outshine NASA. The year of 2017 was also the year of data privacy which changed dramatically.

And last but not least, 2019 which was a year full of innovation and wonder. In this year 5G began reading its head across the world which was giving new capabilities for smart cities. In 2019, The Mars rover called Opportunity has shut down, giving its last message of “my battery is low and it’s getting dark”. The rover has been operational since 2003. Speaking of space news, do you still remember that 2019 was the year when the first black hole photograph was published? This marked a major moment in space exploration and observation, and in October, NASA hosted the first-ever all-female spacewalk. 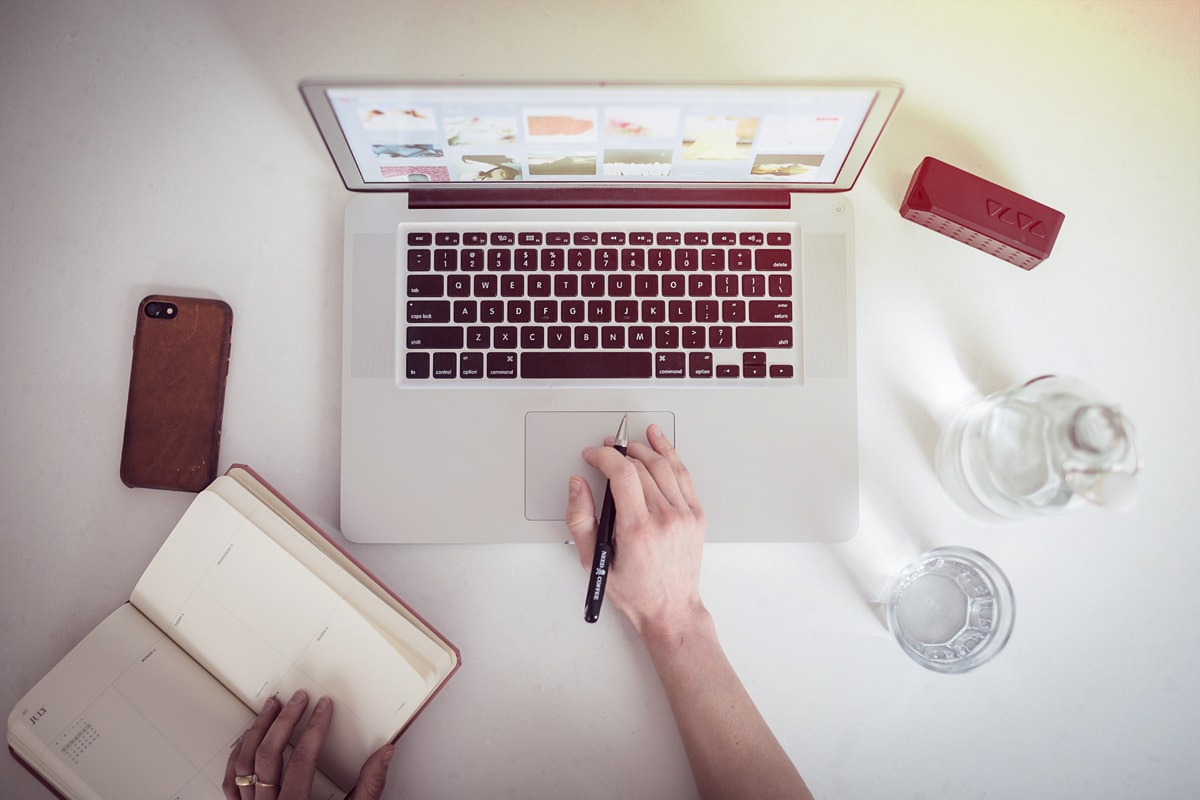 In Depth Guide To The Best Job-Search Platforms